Following the exceptional closure of the Folly hut during the 2022 season, we propose below two alternative routes to reach the Bostan hut directly from the Vogealle (or vice versa).

In order to reach directly the refuge of Bostan from the refuge of La Vogealle, it is possible to follow an alternative route. From the Vogealle, follow the indications to the lake. Go around the lake by the path which goes along it on the right and then start the ascent in the direction of the Combe aux Puaires.

From this point, you find the official path of the tour and by taking on the right you will arrive at the “pointe droite”, then at the pas au Taureau.

This alternative itinerary is marked in blue on the map on the home page.

It is possible to take a low route from the Refuge du Folly to reach the Bostan refuge without taking the pas au taureau. This itinerary is much longer than the previous one but it is less alpine. For the Vogealle – Refuge du Folly section we let you refer to this page. 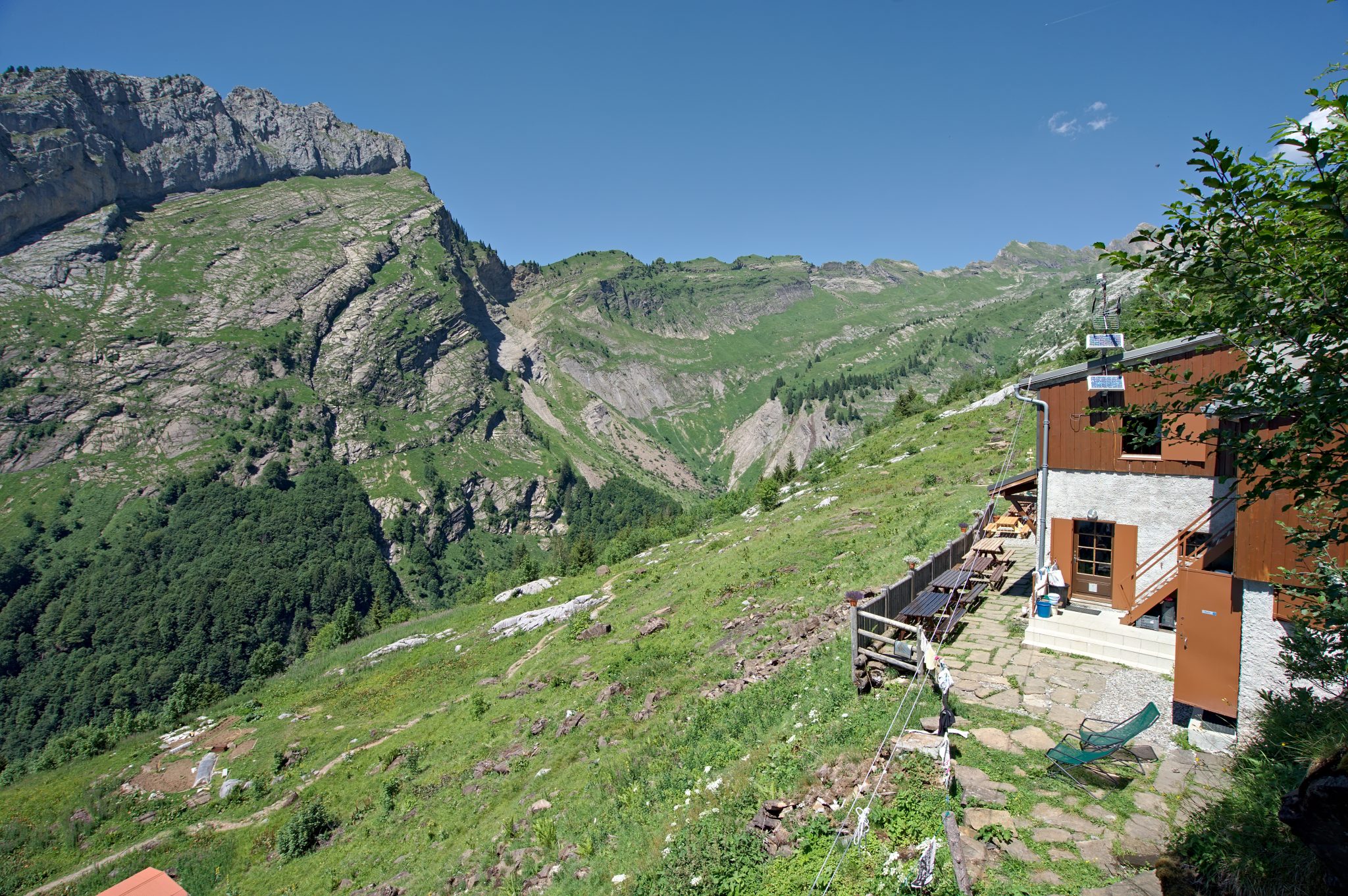 From the Refuge du Folly, take the path towards Samoens. After 30 minutes, you arrive at a suspension bridge that spans the Nant river, continue the descent towards Samoens / le Crêt / le pied du Crêt. After 10 minutes, be careful not to miss the fork on the right which leads to the Crêt by the slabs of Tuet.

At the Crêt, join the parking lot and take the tarred road on 1500m which crosses the hamlet of Les Allamands. Once you arrive at the Plan aux Arches (parking for the refuge of Bostan, refuge of Golèse…) follow the Alpine track which leads to the refuge of Bostan. (yellow route on the map on the homepage)